BCPG receives A- TRIS Rating with a stable outlook from stable earnings, aiming to leverage its capacity with the COD of a 20 MW solar farm in Japan 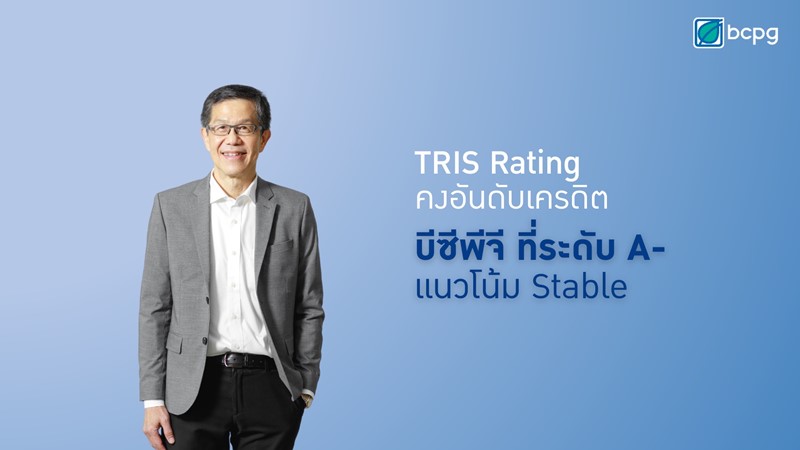 BCPG Public Company Limited, a leading renewable energy company in Thailand and Asia-Pacific, was assigned an A- company rating by TRIS Rating, reflecting stable revenue reliability from the Company’s well-diversified power portfolio and the success of the first Green Bond Issuance last year.

According to Niwat Adirek, President and CEO of BCPG, the Company’s green power projects with a range of energy sources, solar power, wind power, and hydropower, are located in four countries, namely, Thailand, Japan, the Philippines, and Laos. Every power project has a long-term power purchase agreement with a reputable power purchaser. In addition, the green power projects in Laos are expected to start selling electricity to Vietnam through the transmission line within this year.

“TRIS Rating agrees that the Company’s diversification strategy helps mitigate risks related to the invested countries and reliability of energy sources. The rating also reflects the stable earnings due to long-term power purchase agreements with electric utilities of each country in which we have invested”, said Niwat.

BCPG received THB 14,500 million from the divestment of geothermal power projects in Indonesia. Combined with cash flow on hand, the Company has acquired THB 25,000 million, which will be used to strategically expand its green power portfolio in the future.

Niwat also disclosed that on April 15, 2022, BCPG recently commenced commercial operation of a 20-MW solar power plant in Yabuki, Fukushima province, Japan. The Yabuki power project has entered into a 100% power purchase agreement with Tohoku Electric Power Company. The Feed-in-Tariff (FIT) rate under a contract for 20 years is 36 Yen/kWh.

"We have entered into a long-term power purchase agreement with a Japanese electric utility which could ensure the stability of our revenue stream. Also, our experience in developing solar power projects in Japan would be beneficial for our under-development projects, with a total production capacity of 469 MW, in Taiwan", said Niwat.

BCPG's solar power plants in Japan have a total production capacity of 89.7 MW, of which 79.7 MW, including Yabuki, have already started COD. Another 10 MW are still under development and will start COD in 2023.