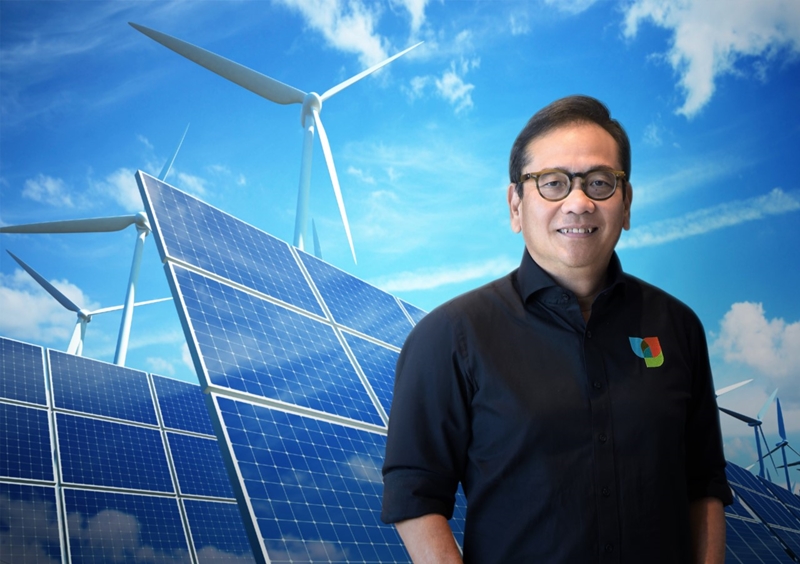 BCPG, a leading renewable energy company in Thailand and Asia-Pacific, is expanding its business into utility-scale energy storage with the investment of 24 million USD in VRB Energy, a global leader in vanadium flow battery technology and manufacturing. This strategic partnership paves a strong pathway for BCPG to fulfil its ambition to be at the forefront of the utility-scale renewable energy and energy storage business.

The investment is expected to fuel the expansion of VRB Energy’s production facilities to serve the rapidly growing demand of its VRB-ESS® systems in China and meet the rapidly developing energy storage market in Thailand and across the Asia-Pacific region.

Renewable energy has been growing at a fast pace due to government policies on carbon emissions reductions and the declining cost of renewables. However, the intermittency of renewable sources such as solar and wind requires an effective solution. VRB-ESS® utility-scale systems can ensure a reliable electricity supply by providing long-duration storage as the key to renewable electricity demand and supply management. The systems can also be used as an auxiliary source to ensure grid transmission and distribution efficiency by delivering fast and uninterrupted power to the grid when needed most, especially during peak demand periods.

“According to BloombergNEF and Wood Mackenzie, global energy storage will increase 122 times between 2018 and 2040, and global energy storage capacity is expected to grow at 31% CAGR through 2030. BCPG’s investment in technology-leader VRB Energy will pave the way to more opportunities as an energy storage solution provider in Thailand. The vanadium flow battery technology can also enhance performance of our existing renewable power plants and be applied to new green projects in the future”, said Mr. Bundit Sapianchai, BCPG President.

"BCPG is a leader in Asia’s green energy revolution, and this investment reinforces our belief that VRB’s game-changing technology will be a catalyst for integration of massive amounts of renewable energy around the region", said Mr. Robert Friedland, Chairman of VRB Energy.

The partnership between BCPG and VRB Energy is emblematic of the green energy revolution worldwide where energy storage is the key enabler to a shift from fossil-based to renewable energy generation.

Before making the investment in VRB Energy, BCPG had already become the first renewable energy company in Thailand to deploy an energy storage system (ESS) as the solution to the intermittency of wind power. A 1.88-MWh system installed at the Company’s LomLigor wind farm captures excess energy production and optimizes discharge to the grid to stabilize power supply. The project was selected by the Office of the Energy Regulatory Commission (ERC) of Thailand to be included as an ERC Sandbox Project, and financing of the project won “Battery Storage Deal of The Year” at the Triple A Infrastructure Asset Awards 2021.

On March 15th, 2021, VRB Energy was awarded a 100 MW / 500 MWh vanadium flow battery project to be integrated with a 100 MW solar photovoltaic (PV) power station in Xiangyang, Hubei Province, China. This will include construction of a 50 MW per annum production facility, which is the first phase of a 1,000 MW per annum VRB-ESS® “Gigafactory”, and a vanadium flow battery intelligent energy research and development (R&D) institute. The initial 40 MW / 200 MWh VRB-ESS and 50 MW per annum manufacturing facility are under development.