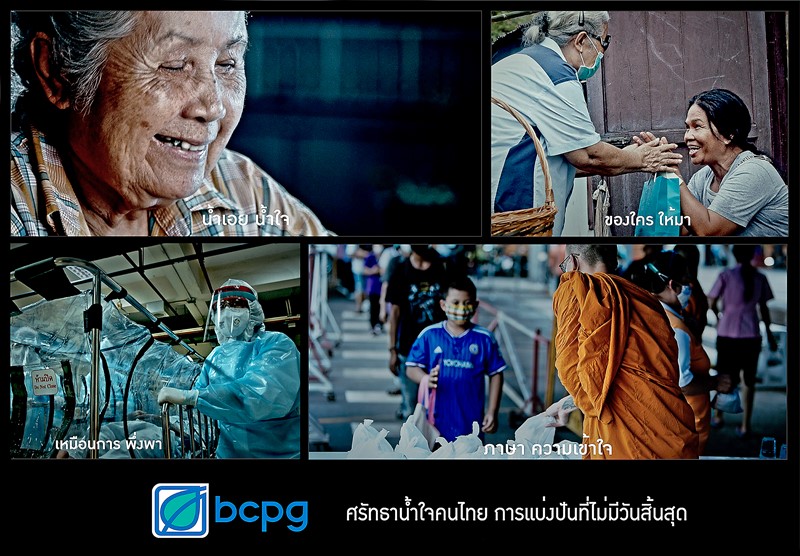 The outbreak of COVID-19 has been taking its toll not only on the economy but also on society and people. BCPG, a leading renewable energy company in Thailand and Asia-Pacific, came up with an ideal campaign, "BCPG's Namjai The Endless Sharing," which aims to encourage Thai people to help each other get through the difficult time.

"As a part of society, we, BCPG, are committed to extending our hand to Thai people who are affected by the crisis as much as we can. We have supported Thai universities such as King Mongkut's Institute of Technology Ladkrabang and Prince of Songkla University to research and develop medical equipment and supplies for hospitals across the country.

"We will launch the campaign through music video "Nam Aeoy Nam Jai" by Pom Asanee Chotikul to cheer up Thai people and encourage them to help each other weather the storm together," said Bundit Sapianchai, BCPG President.