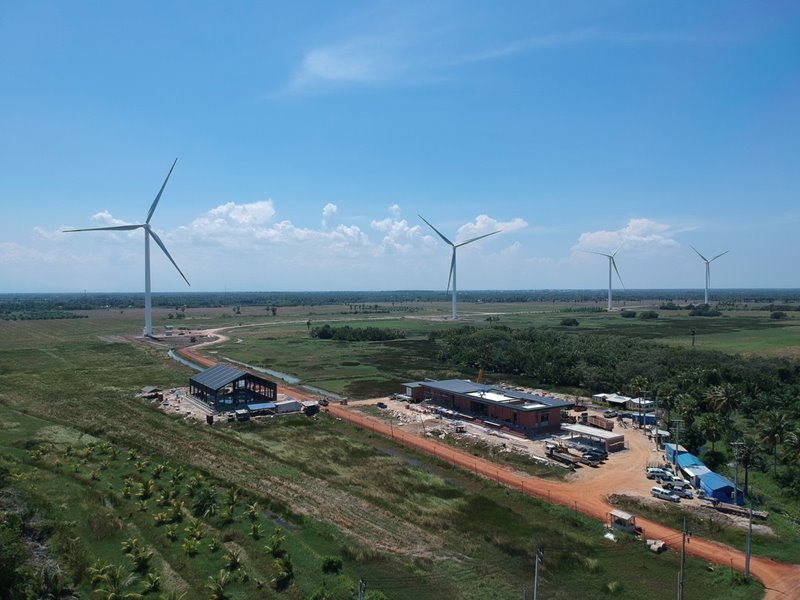 Asian Development Bank, Kasikorn Bank, and BCPG Public Company Limited signed a financial facility agreement to finance the 10-MW Lomligor Project, BCPG’s wind power plant located in Pak Panang district, Nakhon Si Thammarat province. The Lomligor Project will be the first wind farm in Thailand to apply Energy Storage System, with a total production capacity of 1.88 MWh, to energy production. The Energy Storage System serves as an energy backup storing the excess energy and supplies it back to the system at an appropriate time. This system ensures the stability and reliability of renewable energy sources, as well as enhancing energy security for communities and supporting economic growth across the country in the long run. The Lomligor Project has also been selected by the Office of Energy Regulatory Commission to be included in the ERC Sandbox Project to pilot the use of Energy Management System in wind power plants.

Bundit Sapianchai, BCPG President, stated that such financial support from the three institutes was very significant to BCPG in terms of investment fund stability for the continuous growth of the Company. Moreover, the Lomligor Project will help increase the supply of renewable energy to Thailand’s domestic grid, generating at least 14,870 MW of electricity per year while reducing 6,263 tons of annual carbon dioxide emissions in the country beginning in 2020.

“The innovation of Energy Management System is not only in line with Circular Economy basis when every unit of generated electricity is tapped into its utmost capacity, but also an alternative to energy backup management of the country,” said Mr. Bundit.

As one of Asia-Pacific’s leading companies in renewable energy, BCPG always attaches importance to business sustainability through applying innovation and technologies for more efficient use of energy, as well as making energy more accessible to people within the concept of Democratization of Energy.