BCPG announces business growth plan of over 75% in five year ahead with investment fund more than 4.5 Million Baht and new power plants in CLMV – Asia Pacific 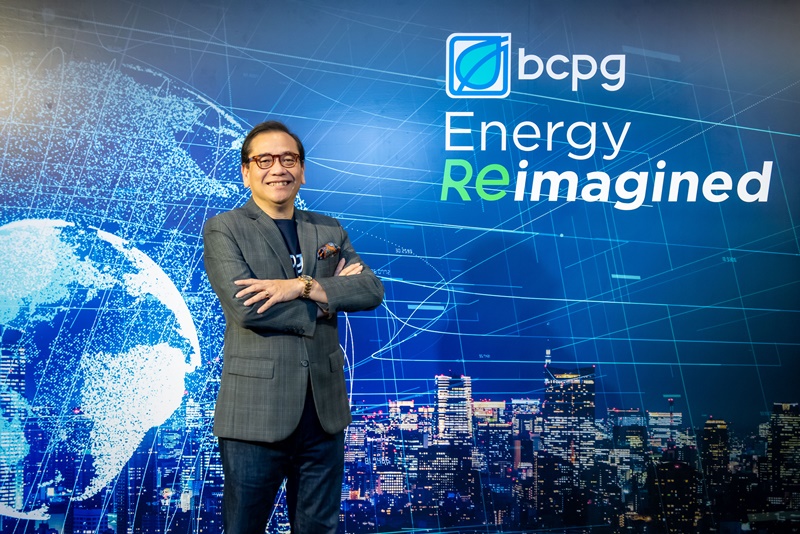 BCPG announces its five-year plan with an investment fund of more than 4.5 Million Baht to reach its business growth of 10-15% per year from both existing and new power projects to compensate the absence of adder rate, as well as leveraging its EBITDA with new large power plants in CLMV countries and Asia-Pacific.

Mr. Bundit Sapianchai disclosed BCPG’s five-year plan with a significant growth of 10-15% per year and a double increase in EBITDA in five years. To reach its target, the Company plans to apply the 4E’s strategy;

According to Mr. Bundit, the Company’s EBITDA, from now on, will grow at least 10-15% and eventually compensate the absence of adder rate within 2025. The expected EBITDA results from;

Mr. Bundit also stated that the achievement in innovative investment model through hydro power plants in Laos and electricity sales to Vietnam exposed the Company to profound experiences and expertise in power plant management in this region, which will be beneficial to the Company to apply the same model for development of 600-MW wind power plant located near the border of central Vietnam in the future.

Moreover, the Company plans to invest in two transmission line system projects, the first 220-kV transmission line system project will be located in the Northern Laos to transmit generated electricity over 500 MW from Nam San 3A, Nam San 3B and other nearby projects, which have been approved by the Vietnam government to enter into power purchase agreement with Vietnam Electricity, to Vietnam.

The second 500-kV transmission line system project located in the southern Laos will be capable of serving the production capacity of over 1,000 MW, the project will transmit electricity generated from 600-MW wind power plant and other nearby projects to Vietnam.

“BCPG plans to raise the investment fund of more than 45,000 Million Baht to reach business growth plan of 10-15% per year in the next five years. And with competitive business strategy and investment plan, the Company is confident in searching source of fund.”

BCPG was established in 2015 after spinning off from Bangchak Corporation, the Company was listed on the stock exchange market in 2016. With a committed goal in having revenue stability and steady dividend payment to shareholders, the Company has been operating its business with a competitive strategy, in search of new business opportunities, efficiently managing business portfolio in terms of geography and technologies, as well as attaching importance to good governance and responsibility to society and environment.

“Through the five years of stable and sustainable growth, BCPG has been keen on business expansion in clean energy business to create values for every sector. Experiences and expertise gained from the investments in various countries will definitely bring about the Company’s growth over 75% in the next five years” said, Mr. Bundit