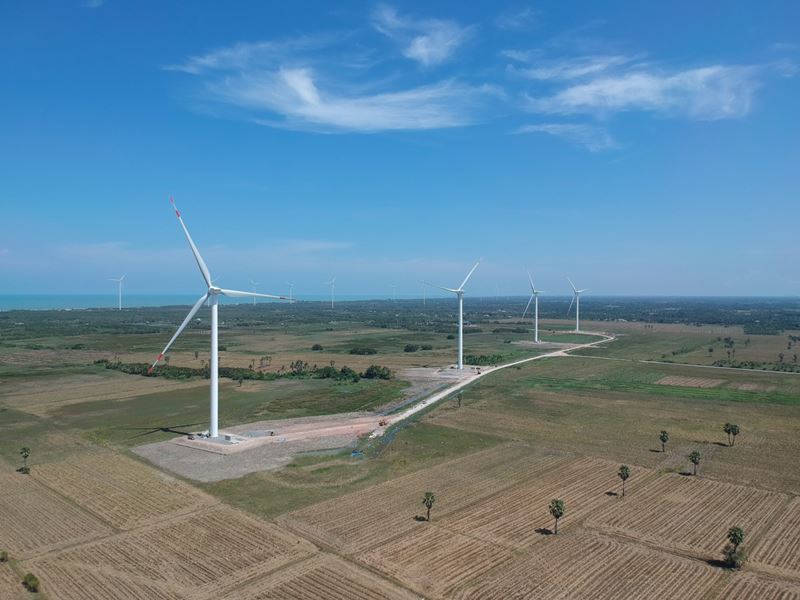 The project which comprises four wind turbines, with generation capacity of approximately 5.1 hours per day, will generate an average of approximately 6.60 Baht per unit revenue, which includes 3.50 Baht adder per unit for 10 years. It is also equipped with an Energy Management System to help manage the energy generation efficiency.

Clean energy produced from the wind farm not only helps respond to an increasing electricity demand in Southern Thailand, but also contributes to carbon dioxide emission reduction of approximately 7,000 tons per year this year and approximately 9,300 tons per year for the following years with full year operation.

"The Company has a few plans in seeking opportunities to expand our wind energy business in other countries in the Asia-Pacific. Details should be much clearer in the next few months. While we focus on projects with high return of investment, we are also entering the Digital Energy Business, where we work to offer choices to consumers through innovation so that they can not only produce an environmentally friendly energy by themselves but also save some cost." concluded Bundit.